Can it really be that in a constitutional state a serious fraud with a damage of far more than 100,000 € remains unpunished?
Well, many citizens will be interested to know how the state really deals with its constitutionally guaranteed fundamental right to the protection of property, which is why I am writing you an “Open Letter”.

We – my wife and I – are innocent citizens on the threshold of old age and victims of the same serious fraud in the amount of damages mentioned.
This serious fraud has been proven to be stringent and complete (Landeskriminalamt OÖ. already 2015: The chain of facts is broken down!).
No “lack of evidence”, which could “in case of doubt speak for the accused”…

But he is not examined by the judiciary. Because he was perpetrated by a public official?

The serious fraud is not statute-barred, because in a crime unit with one (2016 legally without diversion sentenced) abuse of office committed and until 2014 veiled.
Whereby the abuse of office was merely a means to the end of concealment, which the judiciary did not want to see.
Disregarded. We had seen through the facts in 2014 and reported them to the police.
Disguise is an independently punishable nightmare if it contains an excessive injustice.
In addition, the limitation period for the most severely threatened offence – in this case serious fraud – has not expired to this day.

Of course, the judiciary mentions other reasons:

For example, that the serious fraud had become statute-barred: the punishable conduct had been exhausted in bringing about the illegal state of affairs.
She continues to ignore the fact that the criminal offence continued for years, among other things by maintaining the unlawful state of affairs, and that the concealment massively increased the damage beyond the main offence.

And that the “opportunity principle” allows criminal offences not to be prosecuted if the accused is charged with several criminal offences and this probably has no significant influence on the punishment.
Which is demonstrably not the case…

In reality, the “opportunism principle” is the subset of the discretionary decision, usually applied only to petty offences (minor/guilty) and even then strictly bound by the principle of proportionality.
In our case, the seriousness of the fault and the dimension of the damage alone stand in the way of any proportionality.
In our view, this undermines the principle of legality, which obliges the state to prosecute the offender ex officio.

Cover-up? Yes, we even suspect that there is criminal thwarting perpetrator protection (§ 299 StGB/Begünstigung).

We have therefore contacted you personally in the hope that you would not tolerate this and, as the sole person entitled to the commission, would at most initiate a “nullity complaint to uphold the law”, because you – especially as Minister of Justice – are interested in upholding the law.
However, you have not even replied to our three requests for help.

This is not only impolite, detached and powerless; it is a silence far removed from the citizens!
And it gives the impression that the self-assertion of the state (so-called raison d’être) is more important to you than the rule of law itself.

We would have liked to have believed in the rule of law. But – we have to realize that the law is only the fig leaf of power. 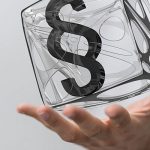 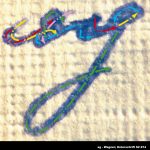